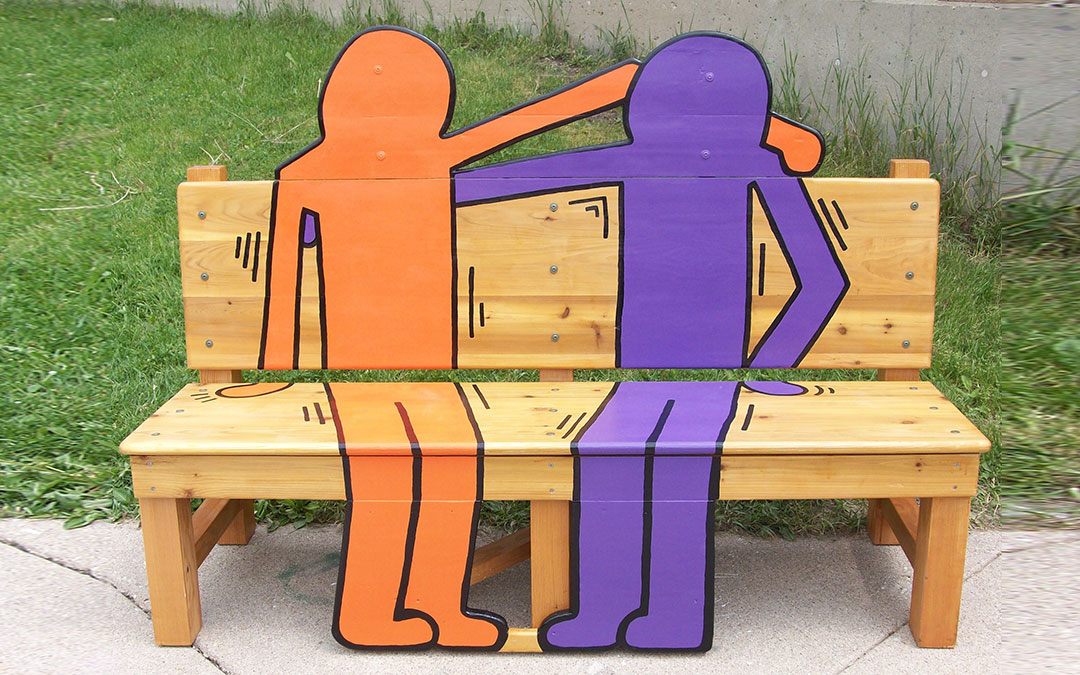 They are the names of schools and towns forever burned into our memory by the horrifying bond they share — the experience of an active shooter situation. And now, the place my family has called home for over 15 years, the place we chose to raise our daughter, has joined the dubious list. On Friday, May 25, 2018, just a week before the end of the school year, Noblesville West Middle School was the scene of a code red, active shooter. I joined those in my community, praying, as details leaked out over social media and network news.

It’s cliche, but just like the residents of every other town where this has happened, we all probably thought, “it couldn’t happen here.” Until it did. And we are all left to wonder how and why, and more urgently, how do we make sure it doesn’t happen again? There is so much to take away from our community’s experience — like how the faculty of the school and the administration did a great job accounting for every student and reuniting them with their relieved parents. Or how one amazing science teacher, Jason Seaman, selflessly protected his students, taking three bullets while he wrestled the gun away from the young shooter. Or how, though one student was critically injured, no lives were lost that day. In the midst of the horror, that was something for which to be grateful.

Angered and shocked by the actions of one student, in my soul, I can’t help but wonder what in the world could possibly drive a young man to commit such a heinous act?

Since I don’t know the perpetrator of the shooting in Noblesville, I can’t and won’t comment specifically on his motives, but speaking more broadly, a commonality has surfaced as school shootings have been studied. For some reason, the shooters have felt so detached from their own community (other students) that they had no regard for the lives of others. Whether rejected, bullied, or otherwise forsaken, or perhaps due to mental illness, these individuals felt it was OK to lash out with violence.

And in hindsight, we wonder how it might have been different. Were there signs? Were they missed? Or ignored? What if someone had reached out and attempted to bring the excluded student back into the fold of the community?

One approach that is gaining in popularity in schools hoping to prevent such tragedies is the, “buddy bench.” Schools across the country have introduced these benches as a means for kids who feel ostracized, rejected, or just lonely, to reach out to others and connect. If a child is seeking a friend, he or she can sit on the buddy bench and kind-hearted students might join him or invite him to participate or play. I love the concept and believe it can be very effective, especially with young children whose hearts are still open and compassionate.

Maybe the answer to preventing some of these tragedies isn’t metal detectors, gun control, or armed resource officers. Maybe the answer goes back months or years, bringing those who feel isolated back into the community by extending friendship and kindness. Regret is the bitterest of feelings because we wonder if we missed an opportunity (or several chances) to intervene. I hope that we learn from these events so that something good might come out of them. I also choose to believe that perhaps some heartache has already been prevented by the efforts to reach out to those who feel alone.

But it isn’t just children who feel alone, ostracized, or excluded from the community. There are many adults who feel like they are on the outside of their community looking in, unwelcome in the heart of the herd. It’s much easier for one to plot violence, or to act on those impulses, when he feels no connection to others.

What tragedies might we prevent if we reached out to the lonely and brought them back into the fold with kindness, compassion, and genuine friendship? What violent criminal activity might be averted if the perpetrators were welcomed back instead of driven further away? What blight and poverty might be eliminated if we showered those on the fringe with compassion instead of passively dismissing them, or worse, actively renouncing them with contempt?

What if we had buddy benches for adults?

We do. They may not be as obvious, but there are places where we might find those who have been relegated to the fringes of our community. Boone and Hamilton Counties are the two most affluent in the state of Indiana, but there are still those who are challenged to pay the rent and put food on the table. Do we choose to ignore their plight or do we reach out in compassion? Even though we have some of the best schools in the state, there are parents who struggle to provide school supplies and homework assistance to their children. In a community that some families have called home for many generations, there are those who are literally aliens to our area, having come seeking a better life. Yet language and economic barriers  act as blinders for many of us. And as rising property values enhance the portfolios of homeowners and landlords,  the homeless have virtually nowhere to go in our community. You are never more outside the community than when you have nowhere to go.

I didn’t fully realize the width of the chasm between those inside and outside my own community until I became active in the local jail ministry. Locked away and sometimes cut off from their own families by their choices and actions, the people I meet in the jail are so easy to forget and ignore. They are out of sight and out of mind. Many of them are in the situation because of addiction. I wonder if the alcohol or pills were their first attempt to numb the pain of loneliness and isolation. The consequences only drove them farther outside our social sphere and made them even less welcome in our community. Some of them are the result of a cycle — children of people who found themselves pushed out of the tribe, each generation moving further outside the circle.

And when they have served their time, they are released into a society they no longer feel a part of. They are faced with the challenge of rebuilding a life from nothing. Necessary things like housing, food, a job, and a bank account — even official identification — can be difficult to establish. Overwhelmed and crushed by the odds against them, they may resort to crime again out of desperation. What if we helped them get back inside the sphere instead of again casting them out?

Would you sit next to someone on that bench? Or would you walk on by, pretending not to notice? Do you ever look outside the community or are you so focused inward that you have convinced yourself the outsiders don’t even exist? I am proud that my daughter was always very aware of those who might have felt isolated. She was a friend to the friendless and an encouragement to the discouraged. She took in the “strays,” on the playground, showing them kindness and compassion. She was a wonderful example and conviction to me and a catalyst for me to get involved in the jail ministry.

It should have been the other way around — I should have been living the example for her to follow and now, I believe I am. If we want our sons and daughters to be the kind of people who will sit next to the kid on the buddy bench, we must show them that we care for the lonely and the outlanders. If we can bring them back into the fold, we strengthen our community and instead of feeling like outsiders, they will be invested. Instead of feeling exiled, they will be included.

Earlier this week, just a few days after the shooting at Noblesville West Middle School, I attended a meeting for the Transitioning Opportunities for Work, Education and Reality (T.O.W.E.R.) Program. Fully funded by a federal grant, the program is a partnership between the Hamilton County Jail and WorkOne, an Indiana workforce development organization. The goal is to provide inmates who are within 180 days of being released from jail with practical job training and life skills coaching that will serve them well upon release.  The T.O.W.E.R. Program teaches job skills that many of us take for granted, such as resume preparation, employment application, and how to dress for an interview and coaches them on how to interview for positions. Some actual job interviews even take place while the inmates are still incarcerated in hopes they will have a job lined up and can start working immediately upon release. After release, graduates are connected with the WorkOne office for continued assistance.

But there is another element of the program — mentorship. The goal of the program is to match the inmates with a mentor in the community to help them navigate their way through some of the obstacles that might prevent them from finding their way back into the fold. Training and ongoing support are provided for mentors in the program. You don’t have to have all the answers in order to give someone a helping hand. You just have to be willing to walk alongside a person who could use a friend. You just have to be willing to sit next to that lonely person on the buddy bench.

At the time of the meeting, there were 9 women inmates seeking mentors and I was the only female volunteer at the meeting. The need is greater than the willingness to help. Unless more people step up and volunteer, we will continue to drive people further and further outside our community sphere. If you want your children to be the kind of people who will show kindness to those who could use it, then model that behavior for them. If you want them to care for the hurting, then you must show them that you care for them, too.

Let’s see what a difference we can make on our future instead of wondering what might have been. Let’s look forward with hope instead of looking backward with regret. Let’s welcome everyone into fold instead of driving them further out.

If you are interested in becoming a mentor — a friend — to someone in need, please let me know. I can help you get connected!